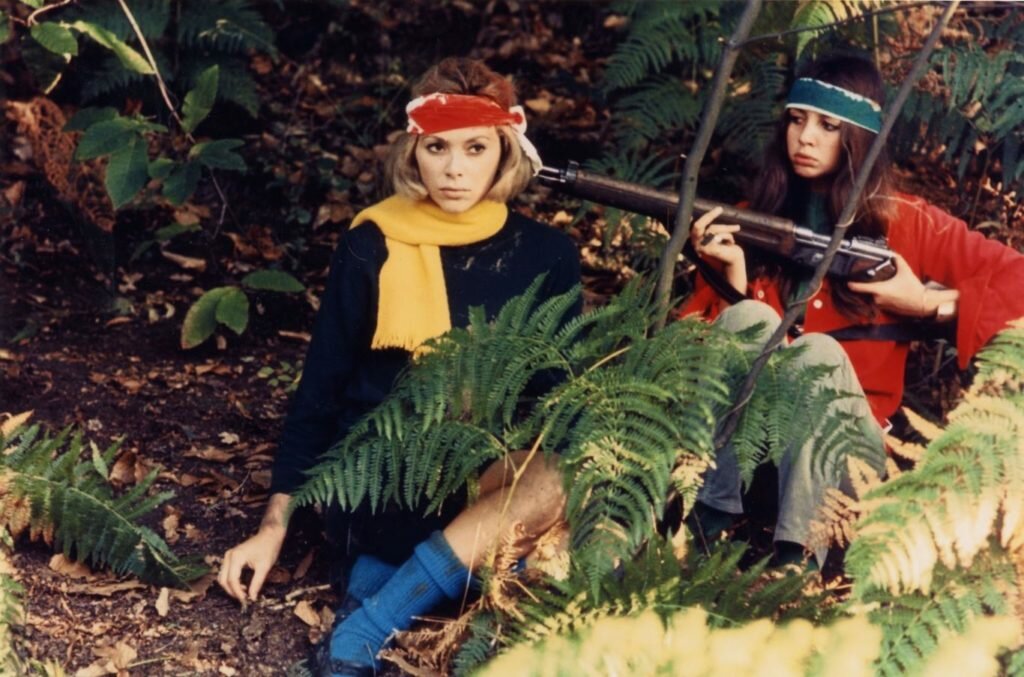 Early Godard begins with Breathless in 1960 and concludes with Weekend in 1967, with an astonishing run of eight or nine masterpieces in between. There are a lot of arty movies from this era that I learned to love in my yoot but don’t return to — I’m going to go out on a limb and wager that I probably won’t ever see Persona again in this life. But I do not get tired of these Godard movies. I think it’s because the sublimity is leavened with stupidity. Or rather the other way around. The beauty emerges in glimpses from the muck. It’s beautiful despite Godard’s clear commitment to making it ugly. No, that’s not it. It’s because they are hilarious. Maybe.

Imagine Le déjeuner sur l’herbe, but the diners are armed hippies who’ve just crawled away from car crashes, the menu is comprised of roasted bank manager and peasant-commune-slaughtered pig, and the soundtrack is a combination of frantic pop music, honking horns, and earnest readings of Mao and Saint-Just. Something like that is what you get here. We should screen this with Renoir’s Partie de campagne — that would be a hoot. If we could show them on a bedsheet at the site of Castro’s old camp in the Sierra Maestra and get J. G. Ballard to make the popcorn, that would be ideal.