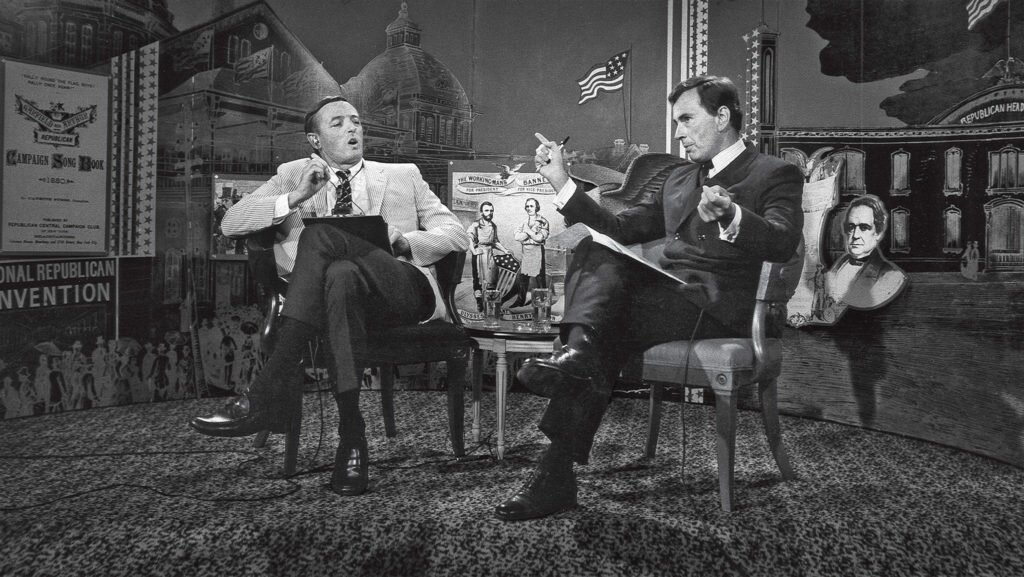 ABC News, lagging in ratings, needed something splashy to draw in viewers, so they hired liberal Gore Vidal and conservative William F. Buckley, Jr. to debate on camera during the 1968 Democratic and Republican national conventions, knowing full well that these two masters of repartee would provide good entertainment. And entertain they did, as this excellently made documentary shows. One potential reaction to this story is to say, “Back then there were real intellectuals on TV, debating the issues, how sad that these days all we have is shallow demagoguery on the ‘real’ news networks, and the only serious journalists on television are, ironically, comedians (John Oliver, Samantha Bee, Larry Wilmore, Jon Stewart, etc.)” That’s not my take. Watch Vidal and Buckley “debate,” and you quickly realize that their discourse was all about contempt, point-scoring, sophistry, and adamant refusal to acknowledge the very humanity of the other. These guys don’t represent some prelapsarian alternative to our contemporary crisis of journalism, where noise masquerades as signal; they represent its beginnings. Super worth watching, especially between now and November 8.