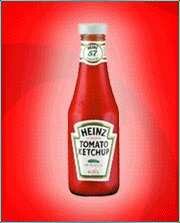 Argh I’m just awful at keeping up with this. These are things I remember from 2018 so far. Maybe I’ll be better in the summer about making a note here and there.

I watch a shocking amount of television these days but I don’t know how much I’m really watching it since I’m usually doing email at the same time. Any of these will provide a reasonable amount of ambient narrative if you’re in need of that kind of thing, but Atlanta‘s the only show there that’s actually worth thinking about.

This slender novel was West’s first work of fiction; her first book, published two years earlier, was a study of Henry James, and the Master’s influence is clear here in West’s intricate syntax and piercing psychological analyses, though there are moments too where you feel her almost physically shake him from her shoulders; after a long and careful sentence you get: “Well, she gave Chris duck eggs for tea.”

I came to this out of an interest in shell shock, but Chris Baldry’s war-induced amnesia turns out to be only the macguffin West deploys in order to set in motion the drama with which she’s centrally concerned, one about competing versions of gender and class. Absolutely no regrets, though, since this is an exquisite, deeply intelligent, near-perfect little book. Getting ready to teach course on terrorism and torture in June. Cheery summer reading/viewing:

Hany Abu-Hassad, Paradise Now
Albert Camus, The Just Assassins
J.M. Coetzee, Waiting for the Barbarians
Joseph Conrad, The Secret Agent: A Simple Tale
Don DeLillo, Falling Man
Ariel Dorfman, Death and the Maiden
Paul Haggis, In the Valley of Elah
Franz Kafka, In the Penal Colony
Gillo Pontecorvo, The Battle of Algiers
Susan Sontag, Regarding the Pain of Others